In the heart of the very popular village of El Valle, in the community of Gaïtal, huge home with pool, like a beautiful stone sanctuary, of 365 square meters spread over 3 houses, on landscaped grounds of 2600 square meters located on the corner of two very quiet streets. The large main house consists of 2 units of different dwellings, with independent entrance. The first has an entrance used as an office, one bedroom, a full bathroom, and a mezzanine that can serve as a second bedroom. The second unit consists of an entrance and two bedrooms with bathroom. A few steps from this first house is a second house, smaller, with a kitchen, a bedroom, a bathroom, a mezzanine (second bedroom option) and a terrace. Finally, at the edge of the large pool is the common area with a large living-dining room, a cozy kitchen equipped with a pizza oven, barbecue, and a covered terrace.

The property is in good condition: the main house dates back to 1994, then major renovations and changes took place in 2006. This property has a tax exemption until 2026.

The Valley has a main road, called Central Avenue or Central Street, which runs East-West through the town. An important point is the Sunday public market, which is visited by Panamanians who live in the region. The Valley has a small museum, as well as a small zoo and a serpentarium, and a garden that exhibits 100 species of orchids of the locality.

The town is a popular weekend getaway for residents of Panama City. Popular activities in the area include camping in established areas, 3 walking, horseback riding.

The town is 27 kilometers from the interamerican highway along a two-lane road. Buses to Panama City are frequent and take approximately 2 hours. To reach other locations in Panama, it is usually necessary to take a bus at the Albrook terminal that will take you for $ 4.25 to this beautiful place.

Punta Barco Resort is one of the most exclusive… More Details 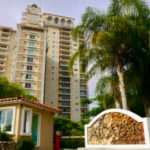 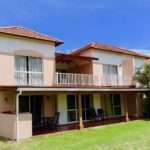 VILLA NEAR THE ROYAL DECAMERON