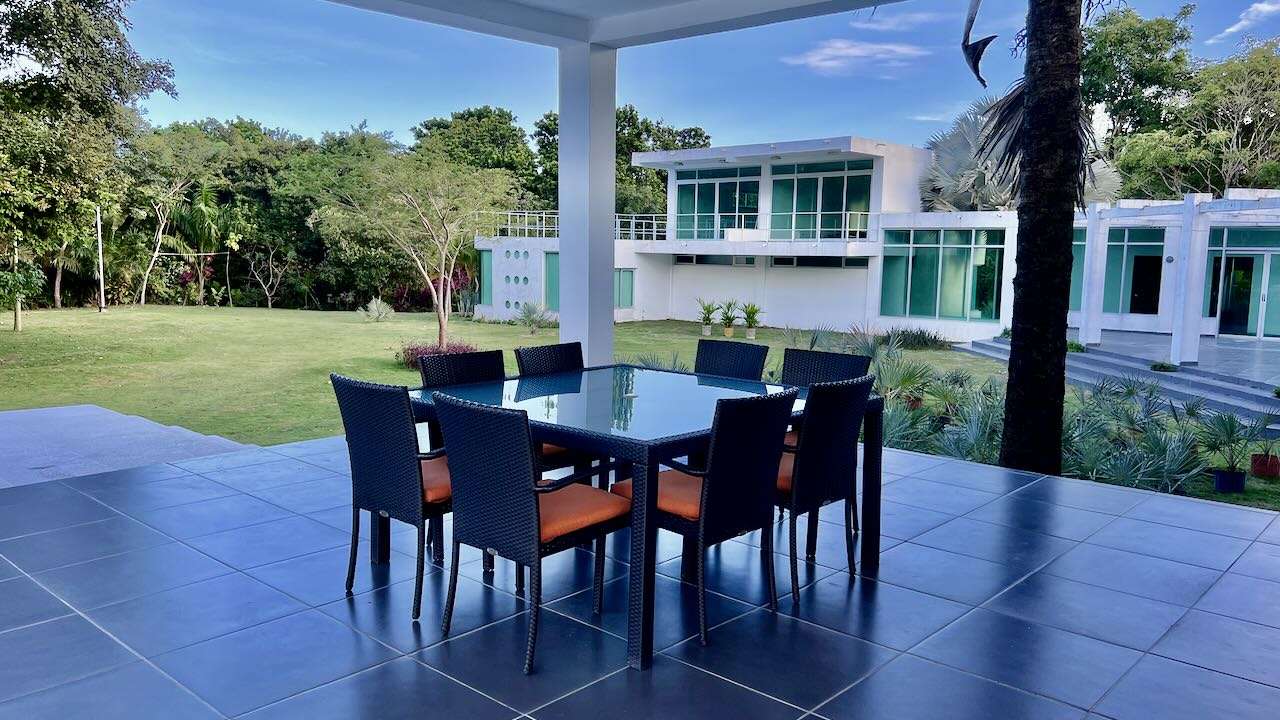 Exclusive and modern villa located in the beach community of Santa Clara, Río Hato. The villa consists of two wings that join in the central part. In this central part is the main entrance, the covered parking up the stairs from outside, the maid’s room and bathroom and the laundry.

The north wing is composed of a modern kitchen and dining room, on a lower level, and on the upper level is the living room. This entire section is surrounded by large windows that allow a lot of natural light to flow through. At the same level as the living room, but on the outside, there is a living room and an outdoor dining room. Outdoors is the pool and immediately the outside kitchen-barbecue area.

The south wing, communicates with the north wing through a corridor, also has large windows that also allow a lot of natural light to enter. On the main entrance level there are two bedrooms, downstairs are the other three bedrooms, two of which feature a spiral staircase leading up to a mezzanine, which can be used as another sleeping space, living room or office of each

The main room, located at the end and to the left of the hallway, is spacious, with large windows, a walk-in closet and a large full bathroom.

The patio is surrounded by a concrete perimeter fence and metal railings with a very genuine design and a large electric gate. The property has many trees of native species, mahogany, Bismarck palms and in addition to a private forest located in the back of the patio. It also has a caretaker’s house.

HOUSE IN GATED COMMUNITY IN ANTON

Located in the gated community of Paradise Point within… More Details 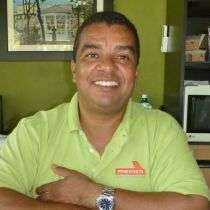 Alcides was born in Panama, in the beautiful province of Los Santos. He lived and studied in Europe for many…
More Information 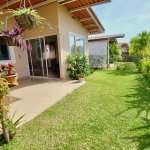 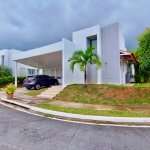