Located few minutes from the sweet village of Santa Catalina, known for its famous surfing beaches, diving spots and the Coïba Island, a beautiful piece of titled land of 24000m2 (2.4 Has) composed of 3 large hills overlooking the Pacific and the Gulf of Santa Catalina. With stunning panoramic views of the ocean and the inland, this property has direct access to the main road, water and electricity. This place is perfect for a large private family residence (with rental possibilities) or for a hotel/lodge.

Experience amazing moments in one place, Santa Catalina. Located in Costa Pacifico Veragüense, this town is noted for its famous and beautiful beaches with perfect waves for surfing. Santa Catalina, in the province of Veraguas, is not an ordinary destination in Panama. Santa Catalina is a small peaceful town that has been growing thanks to the arrival of surfers from all over the world for its impressive waves. The environment is magnificent: green mountains, deserted beaches and, the ace up its sleeve is that from there you can visit the unique Coiba National Park, declared a World Heritage Site by UNESCO.

A magical place that surprises you with its beautiful seascape, spectacular sunsets and sunrises in the middle of gray sands with the lovely sound of waves. Here you will commemorate a horizon that allows you to unleash your imagination.

Coiba Island National Park Panama. Considered the third largest marine park in the world after the coral reef of Australia and the Galapagos Islands, it was once a penal colony, but now part of the Coiba National Park, which is known for its diverse marine life and animals that inhabit their jungle, like the white-faced monkeys. Home to the second largest coral reef in the Eastern Pacific and Central America. This wooded tropical island is excellent for fishing and you can see in abundance of species such as the tiger shark, whale shark, large striped blankets, dolphins,and  in addition, humpback whales and killer whales, (the latter use the waters of the park as a migration route annually) and the of spawning place of three species of marine turtles. More than 1,450 species of plants, 36 species of mammals, 147 of birds, 39 of amphibians and reptiles. Refuge of the beautiful Red Scarlet Macaw, the Crested Eagle, Howler Monkey, White-faced Monkey and White-tailed Deer. The island of Coiba, was declared a world heritage site by UNESCO. 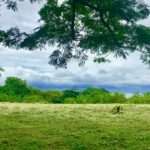 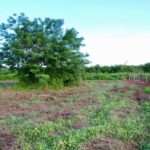